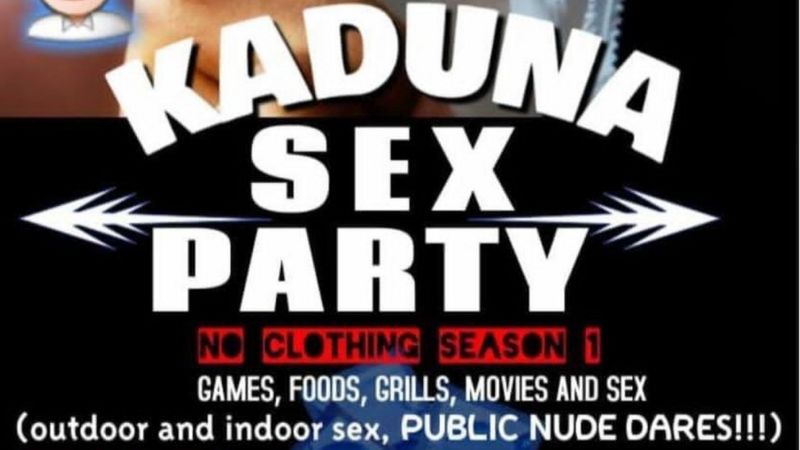 KADUNA State Governor Nasir El-Rufai has ordered the demolition of the building housing the venue of the botched sex party.

Officials of the State Urban Planning Development Agency (KASUPDA) carried out the demolition on Thursday.

Speaking about the development, spokesman for the agency Nuhu Garba said the building located at Sabon Tasha on the outskirts of Kaduna metropolis was demolished based on the laws guiding the agency.

Some of the organisers of the party are already cooling their feet in police custody.

One of the organisers of the botched Kaduna sex party has confessed that he conceived the idea of the party, but that it was a mere joke between him and his friends.

He said on Thursday that the party was not organised to cause nuisance in Kaduna State, as it was not supposed to go public, but a mere party among friends.

According to the suspect, “Kaduna sex party started as a joke between me and my friends. It was not meant to go public, it was not meant to cause nuisance in public. It was just someone that felt that she was too brilliant that posted it on Twitter.

“I never posted the party invite on Twitter. Yes, I initiated it. Yes, it started as a joke, I keep saying it. It was not meant to disturb the peace and security of Kaduna.

“The whole thing was a joke. A friend made the flier that was posted on Twitter and put my number on it and we all laughed over it. But somebody sent to someone and to another person like that until it got to Twitter.”

Asked about his name, the suspect became furious and said: “Don’t ask for my name, please. I don’t know what else you want me to say. I said it was a joke.”

Police Commissioner Umar Muri, parading the suspect, said: “One very devastating and heart touching trend bedevilling the state is the unimaginable habit of the youth indulging in activities that are expressly criminalised by the extant laws of the state, particularly the Penal Code Law of Kaduna State.

“For instance, on December 27, about 2030hrs, based on credible information that some youths, in wanton violation of the existing COVID-19 regulations prohibiting assembly or gathering of individuals for social activities, among other activities, concluded plans to stage an elaborate party titled: ‘Kaduna Sex Party’, at Asher Land Joint Hotel, opposite Post Office Junction, S/Tasha, Kaduna.

“On receipt of this information, teams of Operation Yaki and policemen from S/Tasha Division swung into action and arrested the following suspects: Abraham Albera, male, owner of the hotel; Umar Rufai, male, of 27, Calabar Street/Katsina Road, Kaduna; and

“Upon interrogation, the suspects confessed to have participated in organising the event. Information has it that the principal organiser is at large.

“The musical instruments brought for the event were recovered. Suspects are under investigation and will be arraigned soon.”

Fresh cases rises, as Nigeria confirms 1,016 new in a day

Tension as Banks borrow N671bn from CBN in 5 days

4,321 Total Views There were indications at the weekend that Rivers State Governor, Nyesom Wike, and his supporters have returned to…