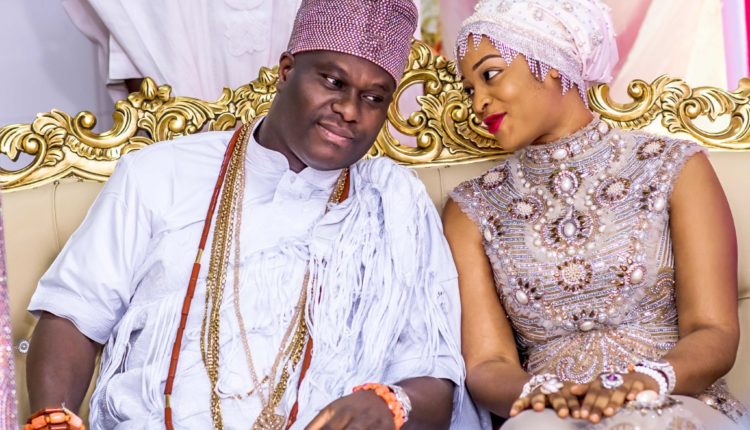 The Ooni of Ife, Oba Adeyeye Enitan Ogunwusi, on Wednesday, names his new son after a former Ooni of Ife, Sir Adesoji Aderemi.

The Director, Media and Public Affairs, Ooni’s Palace, Mr Moses Olafare, made this known on Wednesday evening in a statement.

He said “the Lowa Adimula of Ife who presented the baby’s names to the public said the traditional rites which started a week ago will be concluded after 21 days from birth.”

The statement added that “the day which climaxed the first eight-day of the three-week cultural rites traditionally observed at the Ile Oodua Palace of the Ooni of Ife started with the traditional movement of the Ooni from his private residence to the sacred Yeyemoolu well to offer prayers before moving through various palace chambers.”

He however said that, they moved from Ile Ogun to Ile Odikeji and Ile Omirin, finally to Ile-Igbo to mount the oldest stool of Oduduwa at Ile Igbo Where a reigning Ooni occasionally sits whenever there is a very important event.

“After the prayers and sacrifices, the Ooni consulted Ifa oracle through the Araba Agbaye, head of Ifa priests worldwide, before making the baby’s names public.”

“Names of the prince handed by Araba Agbaye to High-Chief Lowa of Ife, Chief Adekola Adeyeye, who officially pronounced them to the crowd are: Tadenikawo, Adesoji, Aderemi, Eri-Ifeoluwasimi, Adeiwa, Inioluwa, Ademide, Adegbite, Diekoloreoluwa, son of Ogunwusi.”

160 stranded Nigerians from US go into isolation Abuja

13,006 Total Views Lagos, Nigeria – Union Bank of Nigeria is pleased to announce that it has received high ratings in…