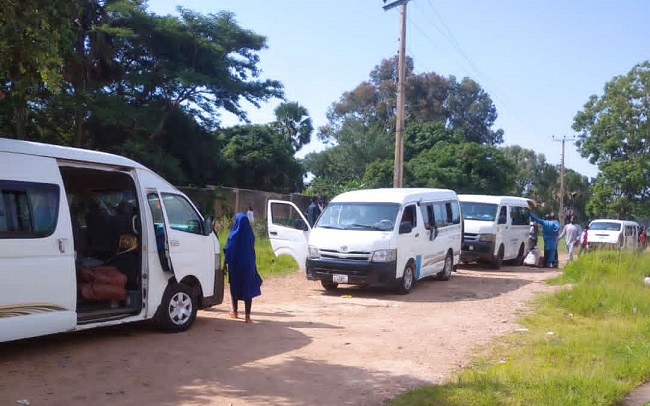 OGUN State government has ordered the evacuation of students of the University of Jos (UNIJOS), and members of the National Youth Service Corps (NYSC) who are indigenes of the state following the recent killings in Plateau State.

This is just as the Kwara State government has also taken the same initiative by evacuating its indigenes from Jos.

In Ogun, the development was disclosed by the Special Assistant to the Governor on Students’ Affairs, Azeez Adeyemi, who said the government had provided five buses and security escorts to bring back the students.

The governor’s aide said the process was made possible by relevant stakeholders, including security agencies, National Association of Nigerian Students (NANS) and the National Association of Ogun State Students (NAOSS). Adeyemi said: “In line with the policy of Prince Dapo Abiodun on the protection of lives and property of every Ogun State indigene, the governor has ordered the immediate evacuation of all indigenes of the state studying at the University of Jos.

“This followed the crisis which erupted as a result of the killing of four students of the institution. “We have provided five buses and security escorts to bring our children back home safely.

“No indigene of this state will be allowed to suffer or be abandoned irrespective of their political or religious affiliations. They are Ogun people and it is our duty to ensure their safety.”

“We requested for two buses, but the state government magnanimously released five, not only buses but with military escort. So, the students have been evacuated and taken to a safe haven.

“The last time we spoke with the team, about 80 students have been evacuated. Then, they said some corps members also joined them,” Ogunrombi said.

However, the management of the University of Jos had directed the suspension of the ongoing second-semester examination for the 2019/2020 academic session due to the insecurity situation in some parts of Jos. About four students have also been reportedly lost to the attacks.

“In lieu (sic) of the ugly incident in Jos, the leadership of the National Association of Kwara State Students (NAKSS) sought the support of the Kwara State government to assist with vehicles and convey Kwara indigenes schooling in Jos back home, which was then given quick attention in safeguarding lives and property of the students.

“As of the time of writing this report, the students are on their way back to Kwara State.” Meanwhile, the University of Jos chapter of the Academic Staff Union of Universities (ASUU) has decried what it calls consistent attacks and killing of students and members of staff of the university during most civil unrests in Jos.

The chairman of ASUU in the university, Dr Lazarus Maigoro, who also condemned the recent violence in Jos and environs, said this in a statement on Sunday in Jos. The chairman, who described the recent attacks on students of the university as “sad and unfortunate,” wondered why the institution, which is a citadel of learning, had remained a major target for criminals during every unrest in Jos.

Also, the Nigeria Labour Congress (NLC) in the state has urged the Federal and Plateau governments to beef up security around UNIJOS and other flashpoints in the state. The NLC made the call in a statement jointly signed by its chairman, Eugene Manji and acting secretary, Badung Dalyop, and made available to the News Agency of Nigeria (NAN) on Sunday in Jos. The NLC noted with grave concern the constant targeting and attack of students and staff of the university by miscreants whenever there is a breach of public peace in some parts of the state.

He said, “The sad and unwarranted situation has led to the abrupt suspension of second-semester examinations and all academic programmes indefinitely by the university’s management to save lives.

“NLC, however, calls on the Federal and Plateau governments to as a matter of urgency, bring to an end the series of killings within the various communities in Plateau.

“Labour calls on government to establish a permanent security outfit close to the university to secure the community.”

1,330 Total Views THE University of Abuja Teaching Hospital (UATH) has vindicated itself of alleged complicity in the death of a…