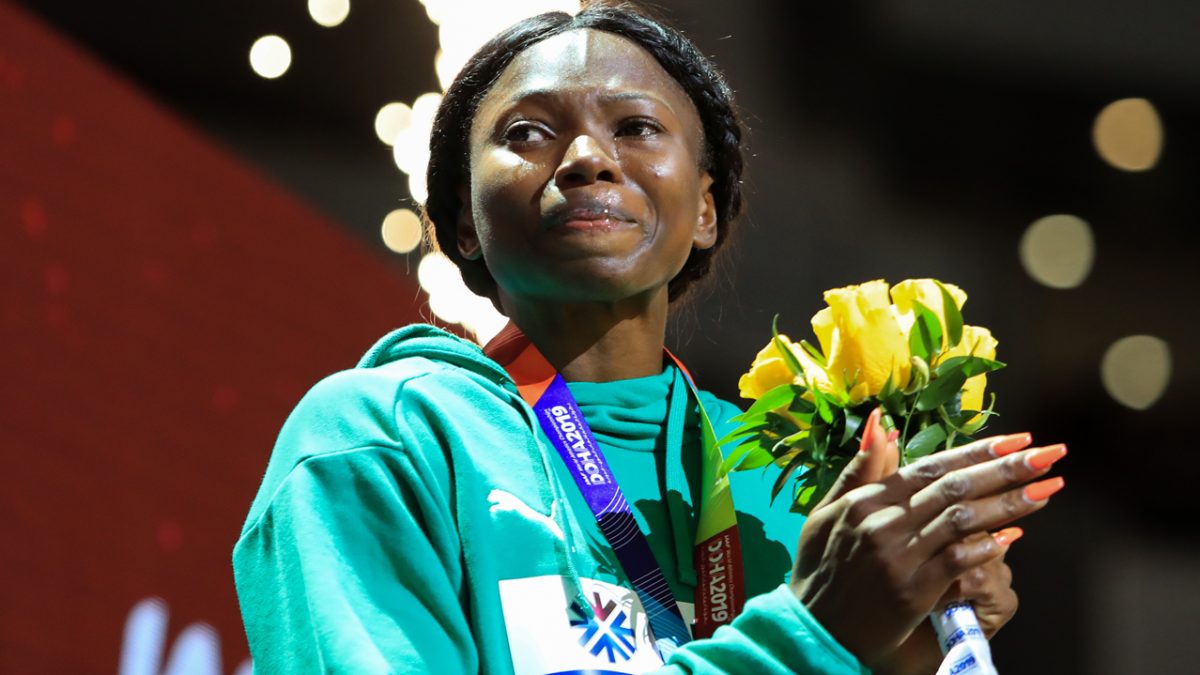 Ese Brume, in the early hours of Tuesday, claimed a bronze medal for her country Nigeria after finishing third in the women’s long jump event.

Brume leapt 6.97 metres with her very first jump to claim bronze behind second-placed Brittany Reece of the United States and gold medallist Malaika Mihambo of Germany.

It is Nigeria’s first track and field medal at the Olympics since 2008 when Okagbare won a silver medal in Beijing. It also makes the long jump the first individual event to give Nigeria three medals at the Olympics with Chioma Ajunwa’s gold at the Atlanta ‘96 Olympics topping Okagbare’s silver from 2008 and Brume’s bronze.

Brume also joins Okagbare and Glory Alozie as the only Nigerians to win individual medals at both the Worlds and the Olympics.

On Tuesday, at the Olympic Stadium in Tokyo, Brume and Reese swapped top spot a number of times and both looked set to claim gold and silver until Mihambo, with her very last jump, leapt 7.00m to add the Olympic title to the world title she won in Doha two years ago.

Mihambo started well, taking the lead on her first attempt with a jump of 6.83m.

But she was instantly overtaken by Brume with a leading jump of 6.97m which set the standard in the first of six attempts.

Onto the second attempt and the medal contenders bunched up at the top with Mihambo moving to within 2cm of Brume’s 6.97m and Serbia’s Ivana Spanovic in third (6.91m).

USA’s Reese took the top spot on the third attempt, in front of Brume’s jump of 6.97m by virtue of having the second-longest effort, but the Nigerian’s second-best jump of 6.88 on her fourth attempt put her back into the overall lead.

Reese’s fourth attempt of 6.87m meant she trailed Brume by a single centimetre, but the 34-year-old continued to show her great consistency as she moved into the lead on her fifth attempt with a 6.95m jump.

Into the final round and it was a battle between Mihambo, Reese and Brume for the gold medal.

On Mihambo’s last jump, she leapt 7.00m to move from bronze into gold position.

Brume finished knowing she would finish in bronze position with her final jump of 6.90m. Reese scored 6.84m to take silver.

PDP Alleges plot to poison Adeleke in detention by APC

1,203 Total Views THE University of Abuja Teaching Hospital (UATH) has vindicated itself of alleged complicity in the death of a…