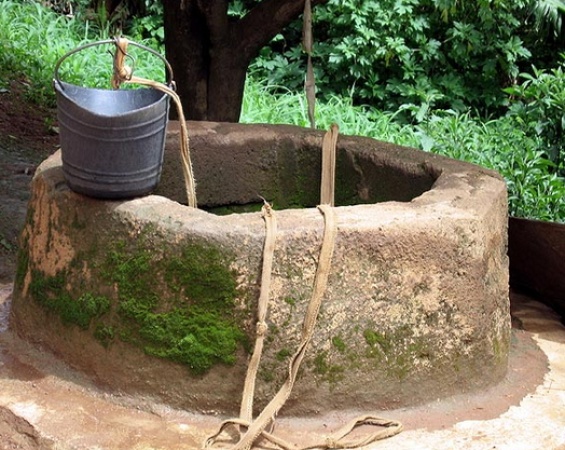 A 42-year-old man, identified as Awelewa, has reportedly tried to kill himself after attempting to slaughter his wife, by jumping into a well around the Powerline area of Akure, in Akure South Local Government Area of Ondo State.

The father of four was said to have tried to slaughter his wife while sleeping but was stopped by his children who woke up in the middle of the night.

According to a source, the man tried to kill his wife over her refusal to loan him money, following his refusal to pay back his old debts.

He said this infuriated the man who had been out of a job for some months and decided to kill the woman.

He said the man had collected a huge amount of money from his wife, his sister-in-law and some co-tenants which he was unable to pay back.

The source disclosed that the man ran away from home, thinking his wife is dead and for fear of being arrested by police but returned home when he learnt the wife had been rescued at the hospital.

“When we saw him, we persuaded him to reconcile with his wife and father-in-law and we sent for his wife. But when he learnt that his father-in-law had reported his action at the police station, he jumped into the well and took sympathizers some minutes to rescue him,”

Narrating her ordeal, the wife, identified as Iya Nife, said her husband tried to kill her in the middle of the night while sleeping saying there was no misunderstanding between them

“He nearly slaughtered me when I refused to give him more money after I asked him to pay his previous debt of over N200, 000 he owes me and our neighbours. I spent four days in the hospital for treatment where I was rescued,” she said.

The husband was, however, taken to an undisclosed hospital, while his father-in-law insisted that he should be arrested and reported the incident at the police station.

But the State Police Public Relations Officer (PPRO) Funmi Odunlami, said the command is not aware of the incident

4,230 Total Views Netflix will begin blocking subscribers from sharing their account passwords with people outside of their household in the…