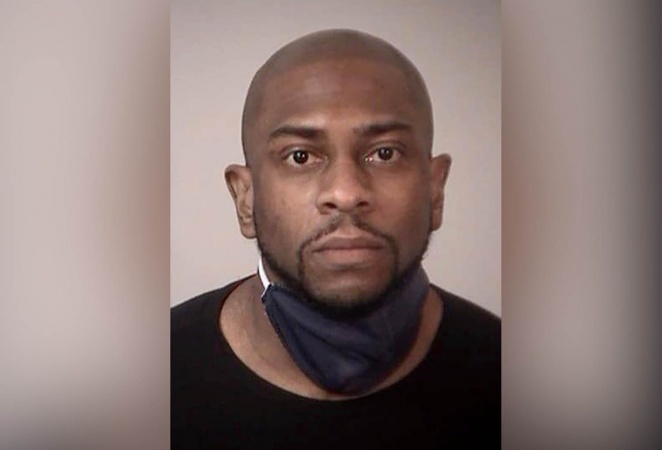 A man who fell through the ceiling and into the women’s locker room at a gym was held there by patrons until authorities could arrest him.

The woman, who was uninjured, along with several other patrons of the gym then cornered the suspect, who was later named as 41-year-old Brian Anthony Joe, and held him in place until law enforcement arrived to arrest him.

“The female was checked for injuries by rescue personnel at the scene, but she was not transported,” said Stafford County Sheriff’s Office. “The suspect fell approximately ten feet and was not injured.”

Deputies subsequently processed the scene for evidence and Joe was detained and interviewed by detectives before announcing early Sunday morning that Joe was being charged with burglary, three counts of peeping or spying into a building and vandalism.

It is unclear how long Joe had been engaged in this specific alleged act for or if he had done it prior to this incident.

“He is being held without bond at the Rappahannock Regional Jail,” authorities said in the statement released early Sunday. “This is still an active investigation.” (ABC News)

Mass defection in Enugu as Former PDP lawmaker, 500 others move to APC

4,280 Total Views Netflix will begin blocking subscribers from sharing their account passwords with people outside of their household in the…