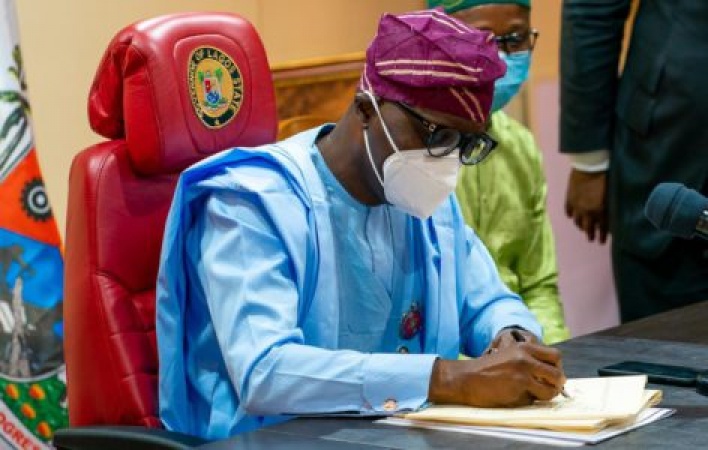 The Lagos State House of Assembly has passed a bill banning the activities of cultists and related illegal societies across the state into law.

The new law stipulates 21-year imprisonment for anyone found guilty of engaging in cult activities. It also stipulates a 15-year jail term for anyone convicted of abetting cultists or who allows his premises to be used by cultists as a meeting place.

Speaker of the Lagos State Assembly, Mudashiru Obasa, directed the clerk of the House, Olalekan Onafeko, to transmit the law to Governor Babajide Sanwo-Olu for assent.

The proposed legislation titled ‘A law to provide for the prohibition of unlawful societies and cultism in Lagos state and for other connected purposes’, it says a society shall be regarded as unlawful if its members carry out illegal, destructive activities contrary to public policy, safety and peace of members of the public.

The jail term also concerns anyone who attends such meetings or does any illegal act which may probably cause a breach of peace, disturb the public peace or conducts activities in such a manner to pose a threat to life and property.

The 15-year jail term further applies to anyone who intimidates or compels people to join a cult group.

“Any person who injures or uses violence on a person to compel the person to join an unlawful society or cult, commits an offence and liable on conviction to a term of 21 years imprisonment,” the bill said.

“Any person who administers or is present at and consents to the administering of any unlawful oath that appears to bind the person who takes it to become a member of an unlawful society or cult under this law, commits an offence and is liable on conviction to seven years.”

It also stipulates 21 years for any member of a cult group who sets fire on anything or uses firearm or deadly objects including acid and other chemicals in any manner as to cause harm to anyone.

The law which prohibits campus cultism says anyone of them who is convicted would face a jail term of two years.

1,416 Total Views Minister of State for Labour and Employment Festus Keyamo (SAN) in a statement last night on the minority…