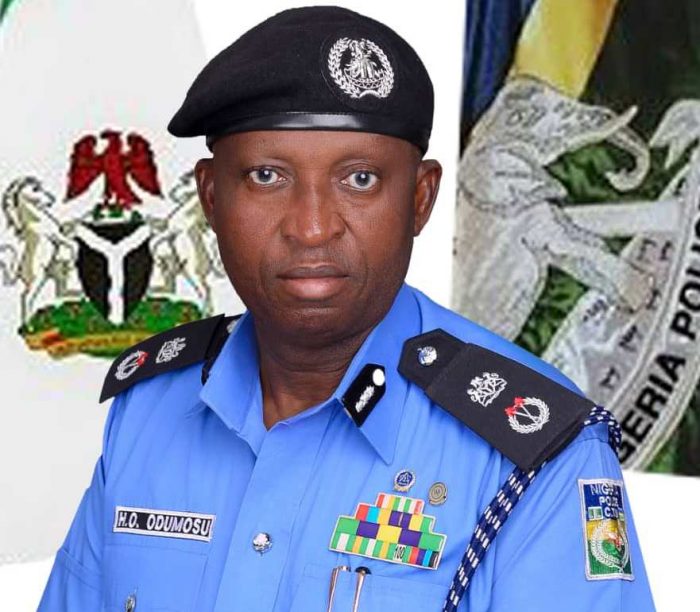 Lagos State Commissioner of Police, Hakeem Odumosu, has reportedly ordered the arrest of four security guards over the latter’s refusal to let him into Brooks Estate, Magodo.

This was confirmed in a statement by Adekunle Ajisebutu, spokesperson for the Lagos Police Command.

According to Ajisebutu, the statement was to debunk reports making the rounds that the police boss locked down the estate during his visit.

According to the police spokesperson, Odumosu had visited the estate on Saturday to meet a “strategic partner” but was refused entry by some private security guards even after being formally introduced.

The statement reads, “All appeals to the security men to allow the CP go to see someone at a function where an urgent matter bordering on security was to be discussed, fell on deaf ears even when they had foreknowledge of his coming.

“However, in order not to make the estate porous, the Commissioner of Police immediately posted well-armed policemen at the gate to support the security man left behind.

“A few minutes later, a female resident of the Estate later identified as Adebola Fatiregun who didn’t witness the incident but heard of it, stormed the gate in anger, inciting other residents against the Commissioner of Police and his aides.

“She was also arrested for inciting violence and conduct likely to cause a breach of peace.”

The statement said all those arrested were taken to the Isheri Police Division where they made statements but were released minutes after following the intervention of “notable individuals”.

“Some residents of the estate in solidarity with the arrested security men, deliberately closed the gate, thereby creating a temporary gridlock. This they did after the CP had left, perhaps to blackmail him and make him release the security men,” Ajisebutu added.

Landing helicopter’s on Benin-Ore Highway under Investigation by NCAA

9th Senate President: 21 PDP Senators back Lawan for the Job

4,373 Total Views Netflix will begin blocking subscribers from sharing their account passwords with people outside of their household in the…