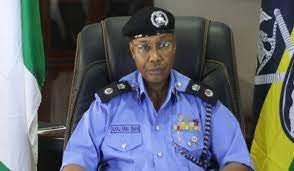 The Inspector General of Police (IG) Alkali Usman has dismissed reports that suspended Deputy Commissioner of Police (DCP) Abba Kyari has been recalled. According to the IG, he said the best of his knowledge the embattle police boss is still under scrutiny.

On the wee-hour attack at University of Abuja (UNIABUJA), Usman said the police and other security agencies were working to ensure the safe rescue of the six persons kidnapped.

“We have information that bandits attacked the University of Abuja and six persons were kidnapped. The police and other security agencies including the military are working to ensure the safe rescue of the victims,” he said.

Dapo Abiodun joins others in post-election victory at Appeal Court

3,550 Total Views Netflix will begin blocking subscribers from sharing their account passwords with people outside of their household in the…