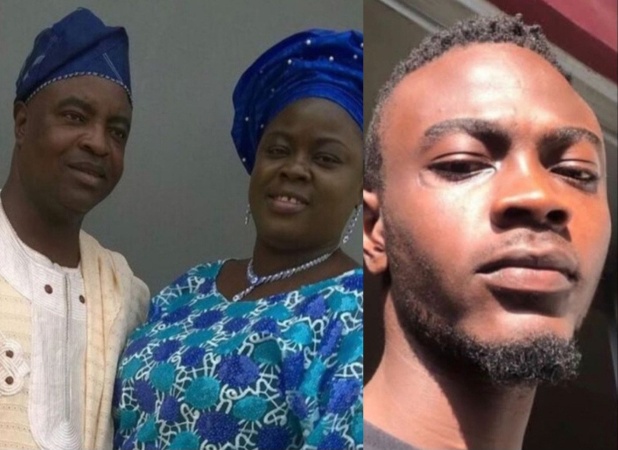 Three days after a couple, Kehinde and Bukola Fatinoye, were killed, the corpse of their son, Oreoluwa Fatinoye, has been recovered from the Ogun River.

The couple were killed by yet-to-be-identified hoodlums in Abeokuta, the Ogun State capital, on New Year’s Day, shortly after they returned from the 2023 crossover church service.

The assailants then burnt their corpses and house, located within the Ibara Government Reservation Area, Abeokuta.

It was gathered that their housemaid and Oreoluwa were abducted during the incident and thrown into a river along the Adigbe-Obada Road, Abeokuta.

Some divers were subsequently hired by the state police command to search for the bodies.

Oreoluwa’s decomposing remains were recovered on Tuesday after floating on the river.

It was observed that the victim’s hands were tied to the back with rope.

Speaking on the discovery, a fisherman, Idowu Taiwo, said he discovered the body while preparing for the day’s work.

He said, “On Monday, we heard that someone was thrown into this river, but this morning while we were preparing for work, the police approached us and pleaded with us to inform them any time we discovered the body.

The police later took the corpse away in the presence of family members of the victim.

The state Police Public Relations Officer, SP Abimbola Oyeyemi, said investigation was ongoing to unravel the mystery behind the death of the Fatinoyes.

Oyeyemi said a suspect had been arrested over the incident.

3,136 Total Views Some angry youths in Kano State, on Monday, hauled stones at the advance convoy of the President, Major…

2,560 Total Views The President Muhammadu Buhari and the House of Representatives are on collision course over the deadline for the withdrawal of…