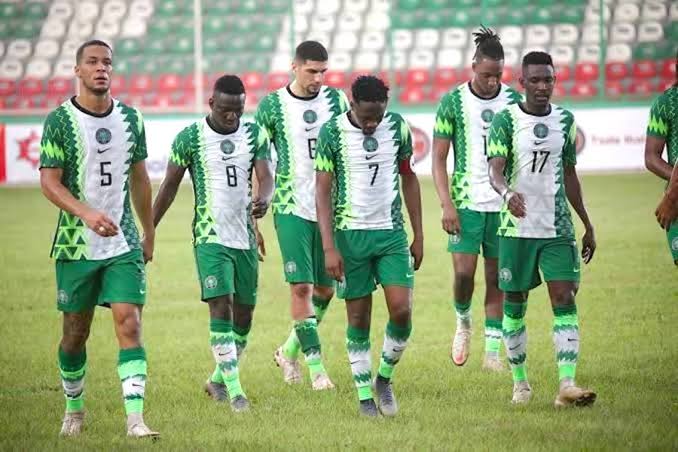 The Federal Government has demanded an explanation from the Nigeria Football Federation (NFF) over the country’s failure to pick one of the five continental tickets to the Qatar 2022 FIFA World Cup.

The Super Eagles were one of the five seeded teams and were bookies’ favorites to pick a ticket despite being drawn against West African arch-rivals, Black Stars of Ghana in the final play-off

Following a gusty goalless draw away against the Black Stars at the Baba Yara Stadium, the Super Eagles were held 1-1 at the Moshood Abiola Stadium in Abuja as the Ghanaians progressed to Qatar 2022 on the away goals rule to the chagrin of Nigerians.

Peeved by the Super Eagles’ non-qualification for the first World Cup to be held in the Middle East, the Federal Government through the Ministry of Youth and Sports Development, have demanded a written explanation of the sad development as the country shockingly missed her seventh World Cup appearance.

“Football is the number one sport in the country and the government is not happy that the sport that brings joy to the people is suffering a decline after the poor AFCON outing and now the World Cup ouster,” a source who pleaded anonymity informed our correspondent. “In fact, the NFF has been told to explain why in clear time why this happened despite the huge support by the fans and also the government’s effort to create a good template for the game.”

Our correspondent further gathered that the NFF has been given up till the close of work by April 4 Monday (today) to explain in writing why the Super Eagles failed to qualify for the Qatar 2022 World Cup along with other sundry issues bothering on the free-fall of Nigerian football.

“There are many things attached to football and sports. Some of these professional players have their careers to pursue and it’s like a generation lost now. The government wants to know so that such will not happen again,” the source added.

All presidential candidates are like my children, no room to take side - Adeboye

4,529 Total Views It was heartbreak yet again for Liverpool, as they failed to win the title by a solitary point,…

4,610 Total Views Women presenters and reporters on TV channels in Afghanistan went on air with their faces covered on Sunday,…