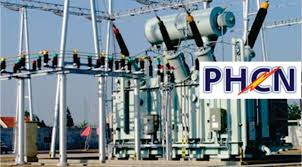 FG announces 10 to 31 per cent reduction in electricity tariff

The Federal Government has reduced the percentage increase in electricity tariff as a result of the transition to the Service-Based Tariff by between 10 to 31 per cent, depending on the band a consumer belongs.

The reduction was contained in the resolutions of the Federal Government and the Nigeria Labour Congress (NLC)/Trade Union Congress (TUC) Technical Committee on Electricity Tariffs, set up two weeks ago to forestall a Labour strike.

The reduction has already been approved and adopted by the enlarged meeting of the Federal Government and the organized labour held late Sunday night at the Banquet Hall of the Presidential Villa, Abuja.

The meeting also agreed that the resolutions adopted would be implemented by all stakeholders within the week; by Sunday 18 October 2020.

On the immediate reliefs occasioned by the increase, the meeting agreed and resolved that proceeds from Nigeria Electricity Supply Industry (NESI) VAT would be used to provide relief in electricity tariff.

The resolutions also read: “Following extensive analyses, it was realised that VAT proceeds from the NESI could be used to secure varying levels of relief in customer tariffs across bands A, B and C, ensuring that all customers receive some form of relief during this difficult time.”

Also, the Federal Government will distribute six million meters to Nigerians free of charge, under the Acceleration of National Mass Metering Programme (NMMP), as part of immediate reliefs on the expected increase in electricity tariff.

Besides, the government has extended the suspension of the tariff increase for another one week, to give room for the government and Organised Labour to fully resolve the issues in contention.

The meeting adopted a two-phase approach to proffer solutions that would help resolve issues affecting the sector in the medium term, whilst providing relief to customers immediately.

The resolution said: “The immediate relief would be provided to citizens for a two to three month period (not later than 31 December 2020), being the timeline for the conclusion of an extended scope of work for the Technical Committee.”

On the Acceleration of the National Mass Metering Programme (NMMP), the resolution said: “This programme will distribute 6 million meters to Nigerians free of charge. The Central Bank of Nigeria (CBN) having approved the funding for this programme, the meters will begin being distributed to consumers immediately using stockpiles in-country and local assemblers. The cost of meters shall be recovered from the DISCOs.

Ministerial Appointment: No party Recommendation, I will pick those I know personally

4,226 Total Views There were indications at the weekend that Rivers State Governor, Nyesom Wike, and his supporters have returned to…