Home > slideshow > Dispatch rider did not kidnapper my baby, mother and owner of the logistic company cries out 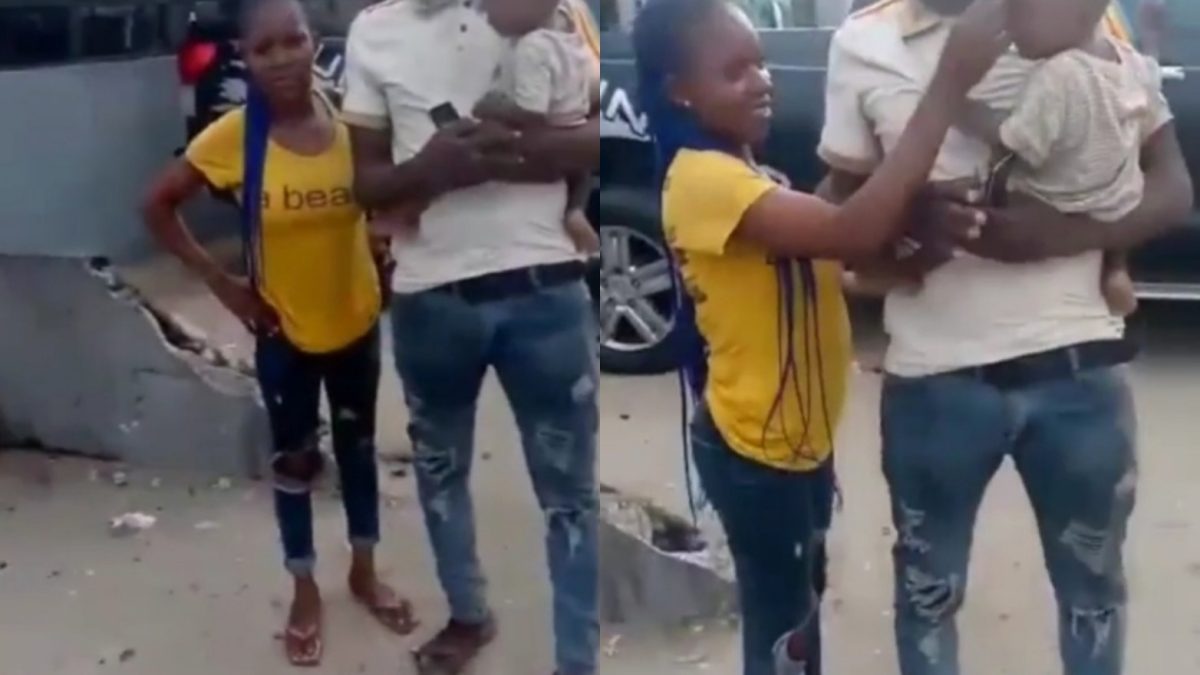 A yet-to-be-identified dispatch rider in Lagos State was apprehended on Saturday with a baby found in his courier box.

The viral video has since then been every corner on social media. The suspect was said to have been caught in the Sangotedo area of Lagos.

The incident occurred amid the outrage over the murder of a 22-year-old fashion designer, who went missing after boarding a BRT bus in the area last week.

In the video, the infant was removed from the box, while an enraged crowd was seen assaulting the dispatch rider.

One of the persons in the background was heard saying: “This is the child that was abducted.”

I gave my baby to his uncle to look after, a few moment later, he decided to go on a ride with my baby to Sango-teddo area in Lekki. He did not put my baby in the courier box as alleged by the angry mob, the mother and the owner of the logistic company explained. The matter has been handed over to the police headquarters for further investigation.

Election Tribunal: Adeleke warm up against next Friday Judgement, certain of victory

4,267 Total Views Netflix will begin blocking subscribers from sharing their account passwords with people outside of their household in the…