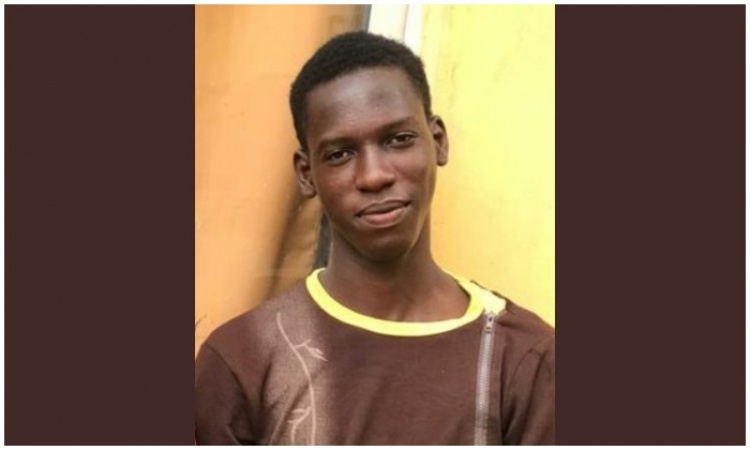 The family of a journalist with an online television station, Gboah TV, Pelumi Onifade, has demanded justice after he was allegedly shot dead by a policeman in the Agege/Gegetu area of the Agege Local Government Area of Lagos State.

The 20-year-old and one of his colleagues were covering a story about a warehouse, where COVID-19 palliatives were stored in the area, when one of the policemen, who came to prevent the items from being looted, allegedly shot him dead.

It was learnt that the policemen, some of who are attached to the Lagos State Environmental Sanitation Enforcement Agency (Task Force), invaded the area based on information that hoodlums were about to break into the warehouse to loot the palliatives and thereafter burn down the Abattoir Police Division.

Footage’s possession showed Pelumi interviewing a resident when the policemen invaded the area.

“We are here to collect our food; the food is for COVID-19 and not for this crisis. So, they should allow us to go inside to carry our food. Nigerians are dying. This thing is happening in Oko-Oba and riot policemen are at the gate. Tell them to open the gate so that we can pick what belongs to us,” a resident being interviewed by Pelumi said before the crowd was dispersed.

Speaking on Wednesday, Pelumi’s mother, Bose, who demanded justice for her son, said a policeman shot him dead.

She said, “My son and his colleague were interviewing a woman when the policemen invaded the premises; so, they both ran for safety but because there was nowhere for him to hide, the policemen caught up with him and shot him despite wearing a dress uniform. No one knew he was dead when about three policemen dumped him inside a Black Maria.

“We had been searching for him since then; we went to the Abattoir Police Station, Area ‘F’ Division, and the police headquarters, but he was not there. So, when we could not find him, his boss had to post the story online and it was at that point that we knew that a policeman attached to the task force in Oshodi shot him dead.

“A policeman attached to the task force has confessed to shooting him dead and I want justice. The police told us on Friday and it was the following day that they found his corpse at the Ikorodu General Hospital morgue, where he was tagged unknown.”

The co-owner of Gboah TV, he said when Pelumi’s colleague said the 20-year-old was a journalist, he was threatened by the policemen, adding that after frantic efforts to locate his whereabouts proved abortive, a missing person post about him prompted the head of the task force, Olayinka Egbeyemi, to contact the family.

He wrote, “A thorough search was conducted from police stations to prisons all over the state for 4 days (Saturday 24th to Tuesday 27th) after which a ‘Missing Person’ Graphics was shared across all social media platforms to aid the search of Onifade Pelumi which went viral. That same evening of Tuesday, October 27, the head of task force Lagos State, called, saying he saw the post, and they agreed to meet on Wednesday, October 28, at the State Headquarters, Ikeja.

“After the meeting with the task force, the officer that led the squad said that they arrested 5 people at the Ministry of Agriculture Abattoir, Oko-Oba, Agege, but 1 person died and they have dumped his corpse at Ikorodu mortuary. They scheduled a meeting for Thursday to confirm if his name was in the list of those arrested, if not they will go to the mortuary at Ikorodu to confirm. On Friday morning they got to Ikorodu and behold it was Pelumi Onifade’s corpse.

“Whoever pulled the trigger must be identified and prosecuted accordingly. In the absence of the culprit, the person who led the squad must be held responsible and prosecuted, the family of Onifade should be compensated; we demand a public apology from Lagos State Government and Lagos State Police Department.”

When contacted, the Chairman of the task force, Yinka Egbeyemi, directed our correspondent, “Call the PPRO; they are investigating the matter.”

The state Police Public Relations Officer, Muyiwa Adejobi, said he would get back to our correspondent but had yet to do so as of the time of filing this report.

1,362 Total Views The Inspector-General of Police (IGP) Usman Baba has appointed Deputy Commissioner of Police (DCP) Tunji Disu as the…