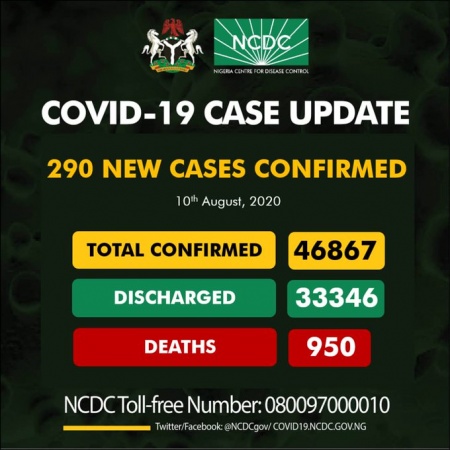 Nigeria has recorded a decrease in the number of COVID-19 cases with 290 new cases, compared with last Sunday’s toll which was 437.

According to the NCDC, this brings the total number of persons who have tested positive in the country to 46,867

The new cases were from 16 states. Lagos and Plateau States recorded 82 new cases each while Oyo State had 19 new cases.

5,620 Total Views President Muhammadu Buhari had a piece of advice for the Nigerian National Petroleum Company Limited (NNPCL) yesterday: it…