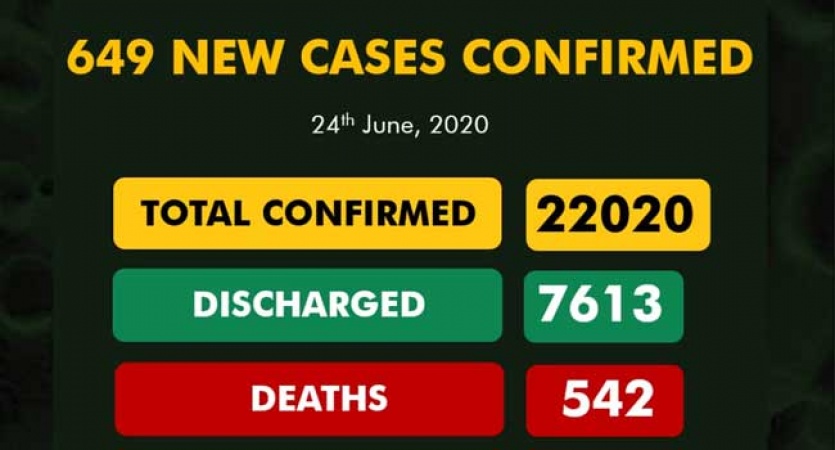 Nigeria has recorded 649 new COVID-19 cases in the country as total infections from the virus rose to 22, 020.

This was confirmed on Wednesday night by the Nigeria Centre for Disease Control (NCDC).

According to the health agency, new cases were reported in 21 states of the federation and the Federal Capital Territory (FCT), Abuja.

Statistics from the NCDC shows that Lagos remains the epicentre of the virus with 250 cases, closely followed by Oyo State with 100 cases.

Similarly, Plateau and Delta both have 40 cases.

While Imo and Kano reported fewer cases with one each, Enugu recorded 14 cases, Niger and Adamawa both share 13 cases.

FG to negotiate purchase of new fighter helicopters from Russia

5,543 Total Views President Muhammadu Buhari had a piece of advice for the Nigerian National Petroleum Company Limited (NNPCL) yesterday: it…