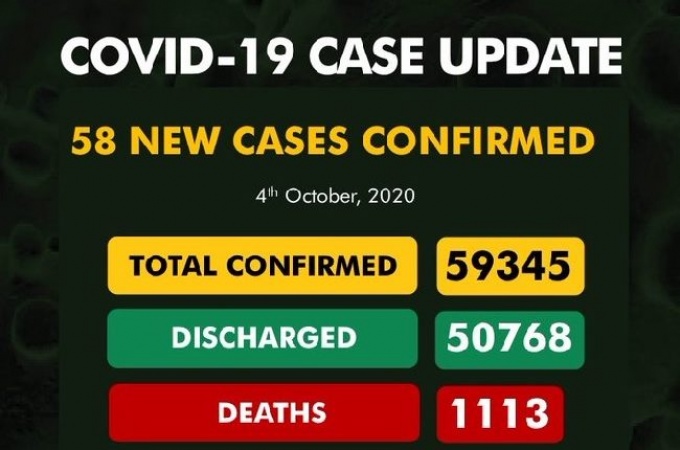 The Nigeria Centre for Disease Control (NCDC) has announced 58 new cases of COVID-19 infections in the country, bringing the total number of confirmed cases to 59,345. The NCDC made this known on its official twitter handle on Sunday.

1,393 Total Views The Inspector-General of Police (IGP) Usman Baba has appointed Deputy Commissioner of Police (DCP) Tunji Disu as the…