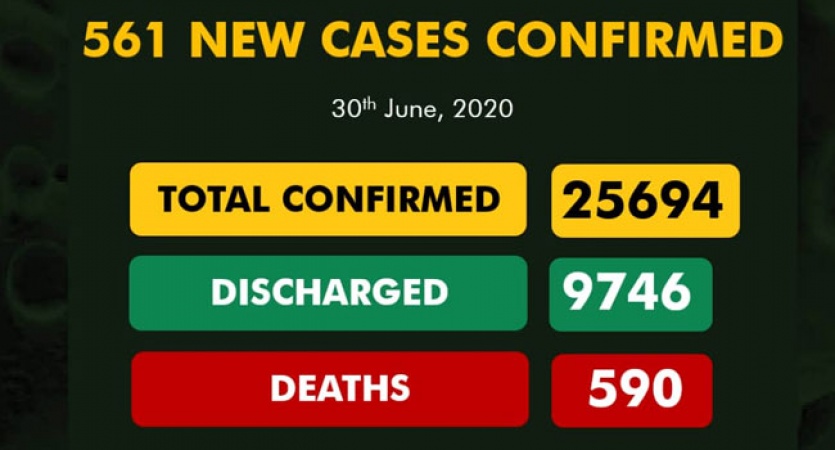 Nigeria has recorded 561 new cases of the novel coronavirus, bringing its total infections to 25, 694.

This was confirmed on Tuesday night by the Nigeria Centre for Disease Control (NCDC) in a tweet via its official handle.

Just like the previous day, the new cases were recorded across 18 states of the federation and the Federal Capital Territory (FCT).

Meanwhile, states with fewer cases include Kano – 5, Bauchi, Osun and Kebbi each having 3 cases, Borno – 2 and Jigawa – 1.

On a positive note, 344 more patients have been successfully treated and discharged from the isolation centres in various parts of the country.

This brings to 9,746 the number of people who have been discharged so far, although 17 more patients lost the battle to COVID-19.

The NCDC has put the country’s death toll from the disease at 590.

COVID-19: Akeredolu inspire campaign team to victory in the coming re-run as he goes into isolation

3,329 Total Views Labour Party presidential candidate, Peter Obi has cautioned his supporters and loyalists against being toxic, urging them to…