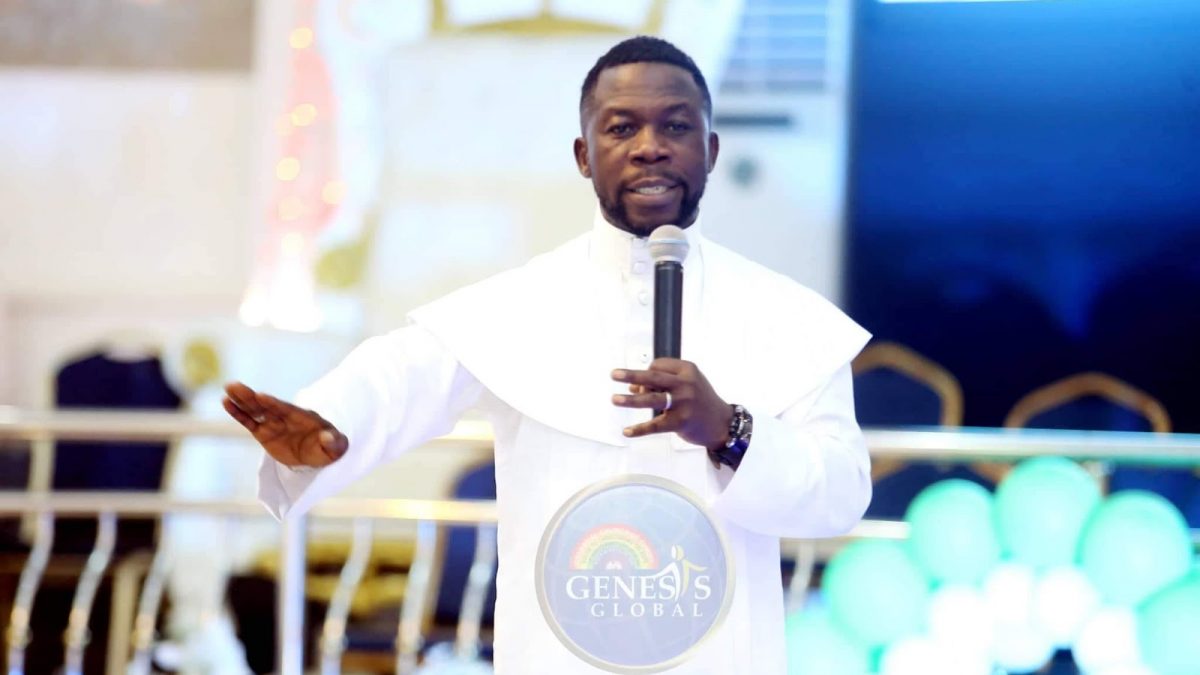 There was jubilation on Sunday when the Senior Shepherd-in-Charge of the Celestial Church of Christ, Genesis Global, Prophet Israel Ogundipe, who was granted post-conviction bail, returned to the church.

Members burst into shouts and songs of appreciation when he entered the church premises.

In a video posted on Instagram by the church, the convicted pastor was seen leading praise and worship.

A three-man panel on April 1 granted Ogundipe bail on the ground of health conditions.

Justice Olabisi Akinlade had on November 18 sentenced the popular prophet to one-year imprisonment for converting a woman’s property to his personal use and stealing.

The court had found Ogundipe guilty of stealing and unlawful conversion of the property of a London-based architect, Mrs. Oladele Williams-Oni.

Ogundipe, who was arraigned on seven counts bordering on obtaining by stealing, inducing delivery of money by false pretences, unlawful conversion of property and forgery, fraudulently collected N14m and £12,000 in various tranches from the complainant between August 30, 2002 and 2005.

Justice Akinlade, who found Ogundipe guilty on two counts count of stealing and unlawful conversion of property not delivered, sentenced him to one-year imprisonment on each count and ordered that he should pay the complainant the sum of N11m, which he obtained from her illegally.

Dissatisfied with the judgement, Ogundipe, through his counsel, Babatunde Ogala (SAN), approached the appeal court for bail pending the hearing of the appeal and an application to quash the conviction.

Ogala argued the televangelist was diabetic, could no longer follow a strict diet and the constant specialized medical attention in custody, which had taken a toll on his health made him “gaunt in appearance.”

Delivering the ruling, Justice Abudullhai Bayero said: “There are criteria for granting a convict bail. These include that the applicant must be a first-time offender or have a serious health condition.

“The applicant seeking bail pending appeal before the court is a first-time offender and he has also shown to the court that he is having hypertension, peptic ulcer, unending malaria, and diabetes, which are serious health conditions.”

1,278 Total Views THE University of Abuja Teaching Hospital (UATH) has vindicated itself of alleged complicity in the death of a…