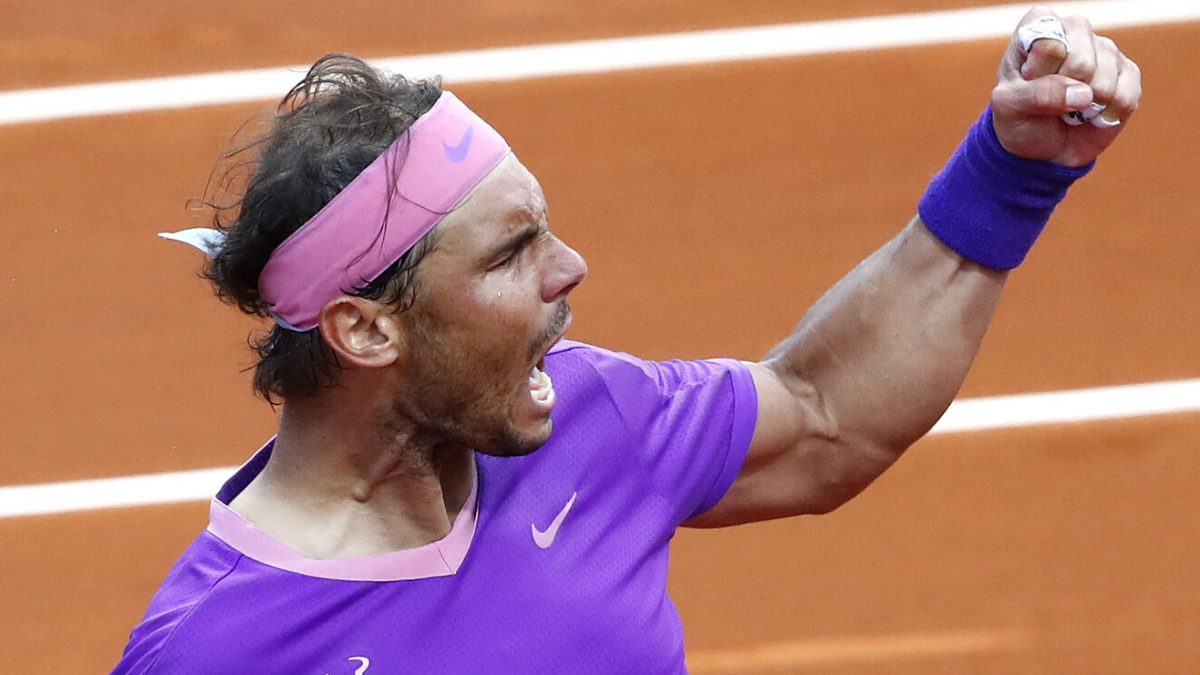 Rafael Nadal beat world number one Novak Djokovic to win a 10th Italian Open title yesterday and set down a key marker two weeks out from the dedown between the pair.

“It’s amazing I have this trophy in my hand for a 10th time, it’s something impossible to imagine,” said who Nadal also equalled Djokovic’s record of 36 ATP Masters 1000 titles in his 12th Rome final.

Djokovic and Nadal were facing each other for the 57th time, having last played in the 2020 French Open final which the Spaniard won in straight sets.

The pair have won 15 of the last 17 Rome titles between them, while Nadal leads their head-to-head in finals in the Italian capital 4-2. Five-time Rome winner Djokovic leads their overall head-to-head 29-28.

Nigeria records 381 new cases of coronavirus just in a day

1,219 Total Views The police have confirmed the arrest of Abdullahi Usman, an assistant superintendent of Immigration, over the recent invasion…

903 Total Views A fully loaded Premium Motor Spirit (PMS) or petrol tanker upturned at about 4.45 am when it was…