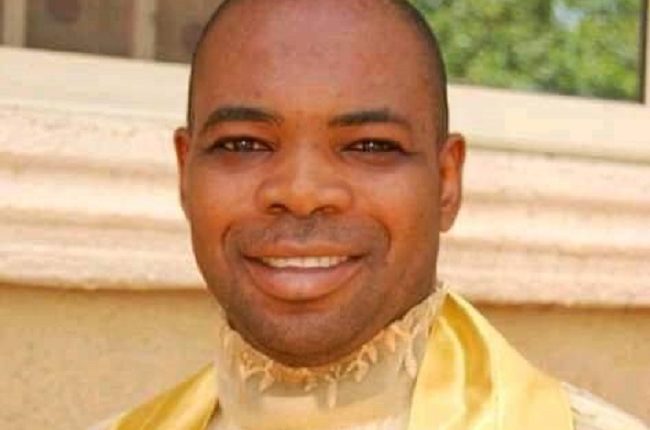 A Catholic priest, Reverend Father Christopher Idia, who was on Sunday morning kidnapped in his rectory at Ikabigbo Community of Etsako West, Edo State, while coming out for the Sunday mass, has been killed by his abductors.

Reverend Father Odia, according to a statement issued by the Catholic Diocese of Auchi,  Etsako West Local Government Area Estate, was killed by his abductors, who whisked him away from his rectory at Ikabigbo, Uzairue at about 6:30 am.

The statement signed by the Director of Social Communications, Rev. Fr. Peter Egielewa, stated that the 41-year-old clergyman was until his murder, the principal of St. Philip Catholic Secondary School, Jattu.

The statement reads: “With heavy hearts but with total submission to the will of God, we announce the death of our priest Rev. Fr. Christopher Odia, who was killed by his abductors after being kidnapped this morning 26th June 2022 at about 6.30am in his rectory while coming out to go for Sunday Mass at St. Michael Catholic Church Ikabigbo, Uzairue, Edo State.

“Until his death, Fr Odia was the administrator of St Michael Catholic Church, Ikabigbo and also the Principal of St. Philip Catholic Secondary School Jattu. He was aged 41. May his soul rest in peace.

“Burial arrangements will be announced by the Diocese later.”

4,838 Total Views Netflix will begin blocking subscribers from sharing their account passwords with people outside of their household in the…