Home > slideshow > ASUU Fight back, set to invoke ‘no pay, no work policy’ 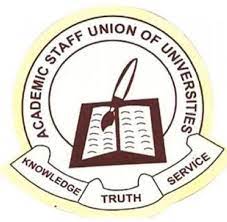 Members of the Academic Union of Universities (ASUU) are set to invoke ‘no pay, no work’ in retaliation to the Federal Government policy of ‘no work, no pay’ against them. They warned the government to stop the casualisation of ASUU members through payment of half salaries.

Secretary, University of Ilorin (UNILORIN) ASUU, Dr Olatunji Abdulganiyu said this on Monday when they embarked on a peaceful rally.

Abdulganiyu warned Federal Government to be ready for mother all of strikes in the universities if it does not rescind its obnoxious anti-intellectual policy.

According to him, “let me assure you that our union is resolved to continue to call the attention of the government to its responsibilities despite the obnoxious treatment being meted out to us by the government.

”To this effect, though we have resumed work in our university, the government ignoble stance of withholding our eight months’ salaries, which is based on its ill-advised policy of “no work, no pay” is set to trigger fresh crises.
”In the coming days, the union would respond by considering to invoke the “No Pay, No work policy and would abandon the works that have accumulated for those periods, which government had falsely claimed, that our members have not worked,” he said.

APC vow to reclaim Mandate of Adamawa, Sokoto, Bauchi from PDP at Tribunals

3,667 Total Views Netflix will begin blocking subscribers from sharing their account passwords with people outside of their household in the…