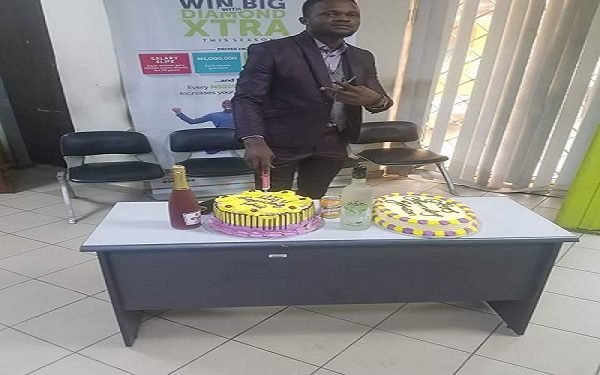 Police in Lagos have arrested a 29-year-old man, Temitayo Ogunbusola, for allegedly stabbing his neighbour to death.

He was said to have stabbed one Oladotun Oso, 29, to death following a minor disagreement.

Until his death, Oso was said to be an employee of Access Bank Plc and worked at the Lawanson branch, Itire.

Trouble was said to have started on Saturday when Ogunbusola was asked to pay his accumulated electricity bill by the tenants’ utility coordinator identified as Banjo.

It was gathered that he protested against the N22,000 passed to him as amount payable, which caused an argument between him and a few other tenants.

Neighbours told The Nation that Ogunbusola allegedly picked a stone and pursued Banjo round the compound but was stopped by other tenants.

But Banjo, it was gathered, allegedly went out and brought about seven men dressed in military uniform, who physically assaulted, manhandled Ogunbusola, an action the other tenants were said to have frowned at.

A source said one of the tenants identified as Mr. Ifeanyi told the military men their action was illegal and urged all parties to instead take their issues to Ikotun Police Station.

“He also advised that the landlord be contacted since he does not live in the premises and told Banjo that getting military men to beat us Ogunbusola was not the way to go.

“When Banjo called the landlord, he also directed that the matter be reported to the police because Ogunbusola had threatened to kill all the children in the compound and was visibly angry. Some tenants including Dotun (Oso), Banjo and few others then took the matter to the police.”

The suspect was said to have later attacked Oso with a knife, killing him.

He said the body was moved to the General Hospital, Isolo and casefile transferred to the State Criminal Investigation and Intelligence Department (SCIID) Yaba for further action.

Trapped victim of a collapse three storey-building in Lagos rescue

285 Total Views Union Bank of Nigeria has launched a brand-new sonic identity tagged ‘The Sound of Union. At 105 years,…

2,725 Total Views Four officers of the Nigerian Navy have reportedly attacked an anti-robbery police patrol team in Satellite Town, a…