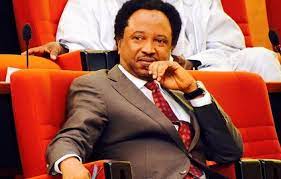 Ahead of 2023 repositioning is ongoing across parties most especially between the ruling party APC and the opposition party PDP. Senator Shehu Sani, who represented Kaduna Central Senatorial district in the eighth Assembly from 2015-2019, has finally joined the People’s Democratic Party (PDP).

Sani, who was elected a senator on the platform of the All-Progressive Congress (APC), was unable return to the senate in 2019 following an unresolved issue with serving Governor Nasir el-Rufai.

The wrangle between the duo stopped Sani from getting the party ticket, forcing him to defect to the People’s Redemption Party (PRP) under which he contested but lost.

Recently, the senator dumped the PRP but he did not state his new party.

Confirming his defection, his close aide, Malam Suleiman Ahmed, said, “Yes, Distinguished Senator Shehu Sani has finally settled to join the PDP but official ceremony and reception will be in the next two weeks all things being equal.”

He said Sani confirmed his defection on Thursday, September 16, 2021, when he had a meeting with relevant PDP stakeholders in Kaduna.

1,806 Total Views The Federal Government has set a deadline of December 1 for civil servants to take the COVID-19 vaccine….