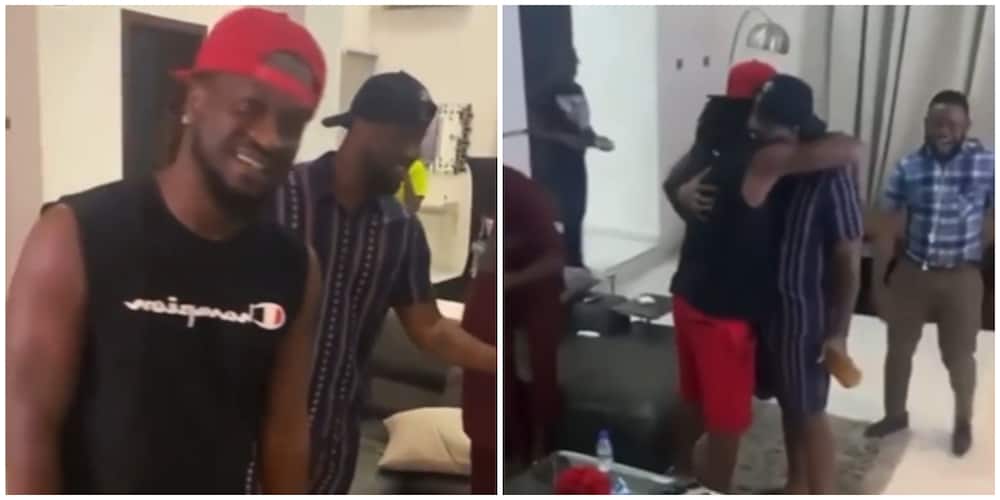 Peter and Paul of the defunct music group, Psquare may sheath their swords and embrace peace.

The singing duo after breaking up some years back have decided to let peace reign and reunite to give their fans the Psquare vibe again.

They were seen in a new video that surfaced online hugging each other in what looked like a move to put an end to their fight.

With fans praising the twin brothers for coming back together, it is believed that a statement confirming their reunion would be released very soon.

1,104 Total Views The police have confirmed the arrest of Abdullahi Usman, an assistant superintendent of Immigration, over the recent invasion…

788 Total Views A fully loaded Premium Motor Spirit (PMS) or petrol tanker upturned at about 4.45 am when it was…