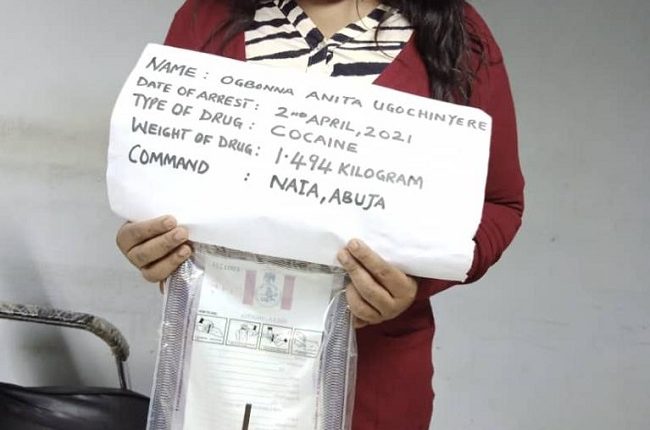 The National Drug Law Enforcement Agency (NDLEA), has arrested a Nigerian woman based in Brazil, Mrs Anita Ugochinyere Ogbonna, at the Nnamdi Azikiwe International Airport, Abuja, with 100 pellets of cocaine concealed in her private part and handbag.

Director Media and Advocacy of the Agency, Femi Babafemi in a statement said the mother of three was arrested on Friday night on arrival in Abuja via Qatar Air from Sao Paulo, Brazil through Doha.

He said Mrs Ogbonna confessed she decided to traffic the illicit drug to raise money for the burial of her father scheduled for 22nd July in Imo State.

Babafemi added that the suspect revealed that one Emeka, alias KC also based in Brazil, gave her the drug to deliver in Nigeria for a fee of $3,000.

Army Issue Out Strong Warning to Killer Herdsmen and financiers

3,162 Total Views Netflix will begin blocking subscribers from sharing their account passwords with people outside of their household in the…